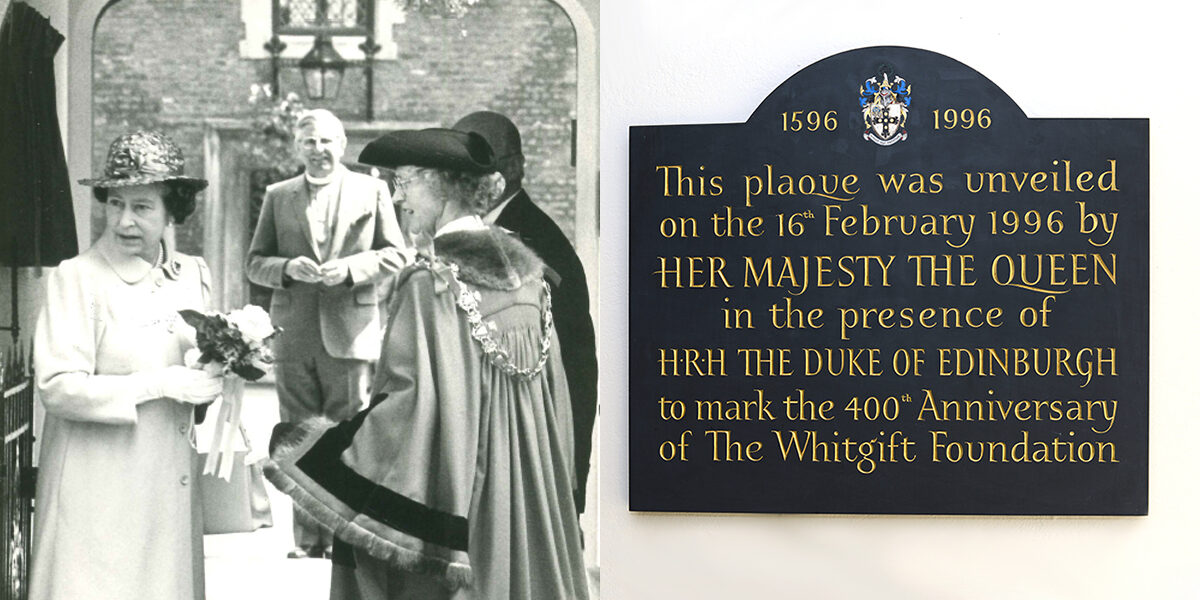 We give thanks for her Majesty The Queen’s dedicated and loyal service during her 70-year reign.

The Queen ruled for longer than any other Monarch in British history and became a well loved and respected figure across the globe. Her extraordinary reign saw her travel more widely than any other monarch, undertaking many historic overseas visits. Known for her sense of duty and her devotion to a life of service, she was an important figurehead for the UK and the Commonwealth during seven decades of enormous social change.

Some of our teams will remember with fondness her visit to the Whitgift Almshouses in 1996 to celebrate the 400th anniversary of the John Whitgift Foundation.

Queen Elizabeth II was related to the monarch who gave John Whitgift the charter to open his Hospital of the Holy Trinity (The Almshouses) in 1596, Queen Elizabeth I, via Margaret Tudor who was the sister of Henry VIII (Elizabeth I’s father).